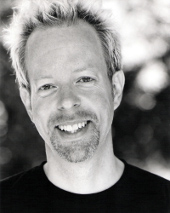 post by MARK JENNETT
An Independent Trainer, Consultant and Writer

“Here’s the thing: Being gay is not an issue, it is an identity. It is not something that you can agree or disagree with. It is a fact, and must be defended and represented as a fact.” – David Levithan.

I love this quote. It encompasses what I have been saying to teachers and students for over a decade. LGBTQ (lesbian, gay, bisexual, trans & queer/questioning) young people and families pop up everywhere and, whether we think that’s OK or whether we think they’re going straight to Hell, they have the same rights as everyone else to an education that addresses their needs and endorses their identity.

While it is great to see one of the main political parties embracing the idea of statutory Personal Social Health & Economic Education (PSHE), given the opposition in some quarters to children being told that being LGBTQ is acceptable, it is likely that any programme would still be hidebound by all the caveats that currently make it possible for many schools to ignore LGBTQ identities. Such caveats also make it harder for schools to resist pressure from parents and carers – and indeed others with no direct connection with the school – who wish them to exclude non-heterosexual or cisgendered people from the curriculum. Children have little choice about who educates them so, if LGBTQ children and families are to be properly served, government needs to be clear that educators cannot prize their own beliefs or those of others over equality for all their students.

The issue is far wider than PSHE. Since LGBTQ people exist throughout society, it should be a given that they – like non-white and disabled people, for example – should be embraced across the curriculum. If the Equality Act was intended to achieve this then there is still much work to be done. With the proliferation of Academies and free schools, there is little if any oversight of many schools’ equalities agendas and, even within Local Authorities, many of the staff who would previously have undertaken such work have been lost. Ofsted could have a role here but the relentless focus on results has squeezed out much relating to the wellbeing of the whole child from many inspections.

It is now five years since the ESRC funded No Outsiders project highlighted concerns around issues such as the invisibility of LGBTQ identities within and beyond the primary school curriculum, the lack of representation for children in families with same-sex or trans-identified parents (or other relatives) and the tendency of teachers to take a reactive rather than a proactive approach to addressing sexualities and gender equalities. The project aimed to develop effective means of challenging this prevailing heteronormativity and identified key facilitating factors such as:

The project clearly demonstrated how all these factors could be addressed and much subsequent work – including, for example, the development of primary school resources by Stonewall and others – has been informed by this research.

More recently the NUT’s Breaking The Mould project has illustrated not just the impact of gender stereotypes on primary age children’s ambitions and life choices but how these stereotypes can be effectively challenged.   While laudable efforts have been made to encourage more female KS4 and 5 students to study physics (for example), it is unfortunate that government seems more concerned with campaigns that focus resources on secondary schools than with undoing some of the ideas that make girls less likely to study certain subjects before these stereotypes become accepted as norms. Perhaps this is related to society’s discomfort with children who resist behaving like boys and girls are ‘meant’ to do (including playing with the ‘right’ toys or reading the ‘right’ books) and with the fear that such behaviour is somehow linked to LGBTQ identities. It is likely that challenging some of the ideas about what it means to be a ‘proper’ boy or girl would also contribute to breaking down homo- and transphobia – but the reluctance to address these issues effectively in many schools continues to hinder this as does the failure to challenge them at an early age.

The findings of the No Outsiders project and the Breaking The Mould report show how things could be. What is needed now is for policy makers to embrace the spirit of the Equality Act and send a clear message that sexual orientation and gender identity need to be embraced in age appropriate ways throughout the curriculum since they are a part of all children’s experience. Statutory PSHE is a tool to ensure that children can receive a good education in terms of respecting themselves and their peers but there also needs to be effective monitoring and teachers and other school staff need to be provided with mandatory and effective support through both in-service and initial training.

One of the Liberal Democrat’s stated aims in calling for statutory PSHE is to achieve a fairer society. It is important that LGBTQ children and adults are not left out because some people find their identities unacceptable or embarrassing. Government needs to embrace the fact that PSHE – and education in general – is only really ‘inclusive’ if it addresses the needs of all and doesn’t accord personal beliefs greater importance than the simple fact that LGBTQ people exist and have the right to have their identities acknowledged and respected alongside those of everyone else.

Mark Jennett is a trainer, consultant and writer specializing in work around equality and diversity, bullying, behaviour, emotional health and PSHE. He has written and contributed to a range of publications including Undoing Homophobia In Primary Schools. He can be contacted at mark.jennett@btinternet.com.

Learning from the past, redesigning the future